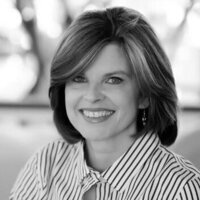 "Troublemakers: Women from the American Midcentury" by Caitlin Flanagan

In celebration of Kenyon’s 50th year of coeducation, the Kenyon Review welcomes Caitlin Flanagan, staff writer at the Atlantic, who will look at five women who shaped the American midcentury: Marilyn Monroe, Joan Didion, Oprah Winfrey, Angela Davis, Patty Hearst and Barbara Walters. For the past twenty years, Flanagan’s Atlantic essays have been questioning the prevailing notions of midcentury American women. She has taken on the most famous women of the time and read them not as victims of history but as people who helped shape it. More than anything she has asked the question: what yearning existed in "ordinary" American women that made these famous ones so essential to the story of the time?

Caitlin Flanagan is a Pulitzer Prize finalist and a winner and many time finalist of the National Magazine Award. She is the author of "To Hell with All That" and "Girl Land." Her essays have been widely anthologized, including in "Best American Essays," "Best American Magazine Writing" and "Best American Travel Writing." Her recent essay, "They Had it Coming," about the college admission scandal, is being adapted for television by Blumhouse Productions.