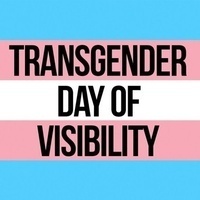 Online: Transgender Day of Visibility: A Lecture on Trans Athletes

Join the Office of Diversity, Equity, and Inclusion, Athletes for Equality and Unity House for a lecture in recognition of Transgender Day of Visibility, given by Dr. Veronica Ivy, a professor, elite athlete and activist for human rights. This lecture will center upon breaking down stereotypes about transgender people having a "competitive advantage" over cisgender athletes.

Synopsis from the speaker: "In this presentation I examine the legal, ethical, and scientific foundations for inclusion of transgender women athletes in competitive sport, drawing on International Olympic Committee principles and relevant Court of Arbitration for Sport decisions. According to the IOC Charter, "Participation in sport is a human right." This includes trans women. The inclusion of trans athletes in competition commensurate with their legal gender is the most consistent position with these the current legal principles of fair and equitable sport. Biological restrictions, such as endogenous testosterone limits, are not consistent with IOC and CAS principles. I explore the implications for recognizing that endogenous testosterone values are a “natural physical trait” and that excluding legally recognized women for high endogenous testosterone values constitutes unfair discrimination."

Bio from the speaker: Dr. Veronica Ivy is a professor, elite athlete, and activist for human rights. She is a two-time (2018, 2019) UCI Masters Track Cycling world champion in the Women 35-39 Sprint event, and current masters world record-holder in the 200m Time Trial Sprint Qualifying, giving her a unique perspective on trans athlete rights. Veronica is the first openly trans world champion in an Olympic event. Veronica has advised sport and governmental organizations at all levels, including the International Olympic Committee. She is an Associate Professor of Philosophy at the College of Charleston and has published widely on topics in philosophy, trans studies, psychology, and ethics. This includes her 2015 book, "The Norms of Assertion: Truth, Lies, and Warrant" (Palgrave), and dozens of journal articles and book chapters. Veronica has published pieces on trans issues in outlets such as The New York Times, NBC News, VICE, The Washington Post, CBC Sports, The Independent, OutSports, and many others. She is currently working on a variety of issues surrounding barriers to trans athlete rights, including anti-trans harassment, gaslighting, and stereotypes. Note: Dr. Ivy was previously known as Rachel McKinnon.

Funding for this event is provided by the Student LGBTQ+ Diversity Fund.

UPDATE: As Kenyon takes steps to prevent potential exposure of the campus to COVID-19, this event has been moved online. The link for this will be available soon.