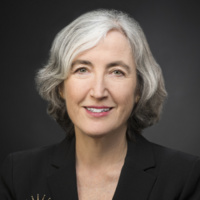 "Old Foes and New Threats: How the Centers for Disease Control and Prevention is Tackling the World's Big Issues," with Anne Schuchat

The Program in International Studies is pleased to announce guest speaker Anne Schuchat.

Dr. Schuchat joined CDC as an Epidemic Intelligence Service officer in 1988. She became CDC’s Principal Deputy Director in September 2015 and served as acting CDC Director from January-July 2017 and February-March 2018. From 2006-2015, she served as director of CDC's National Center for Immunization and Respiratory Diseases and from 1998-2005 as Chief of the Respiratory Diseases Branch.

Dr. Schuchat played key roles in CDC emergency responses including the 2009 H1N1 pandemic influenza response, the 2003 SARS outbreak in Beijing, and the 2001 bioterrorist anthrax response. Globally, she has worked on meningitis, pneumonia and Ebola vaccine trials in West Africa, and conducted surveillance and prevention projects in South Africa. In the 1990’s, she spearheaded the prevention of newborn infections from group B streptococcus. Her contributions have been recognized by election to the National Academy of Medicine, receipt of the USPHS Distinguished Service Medal and the Association of State and Territorial Health Officials Lifetime Achievement Award.

Dr. Schuchat graduated from Swarthmore College and Dartmouth Geisel School of Medicine and completed her residency and chief residency in internal medicine at NYU’s Manhattan VA Hospital. Upon completing 30 years of service in 2018, Dr. Schuchat retired from the Commissioned Corps of the United States Public Health Service at the rank of Rear Admiral (Upper Half).