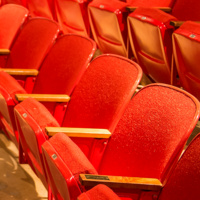 "When We Were Young and Unafraid" by Sarah Treem

"When We Were Young and Unafraid" is a play by Sarah Treem published in 2015 and set in 1972. Agnes, a single mother of a teenage daughter, owns and operates a boarding house on an island in the northwest U.S. Her house also functions as an underground refuge for battered and abused women.

This second production of the 2019-20 Bolton Theater season commemorates the 50th anniversary of the first graduating class of women at Kenyon. This story remembers the rise of feminism and reminds us of a time when women struggled to find their own voices while resonating still with the #MeToo movement today.