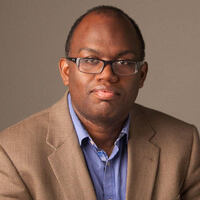 "Undocumented: A Dominican Boy’s Odyssey from a Homeless Shelter to the Ivy League," by Dan-el Padilla Peralta

Dan-el Padilla Peralta will speak on his memoir "Undocumented," tracing his path from undocumented immigrant living in New York City homeless shelters to assistant professor of classics at Princeton University. Padilla and his family came to the United States legally from Santo Domingo when he was four years old on a six-month temporary visa. When the family’s visas lapsed, his father returned to the Dominican Republic. But Padilla's mother was determined to make a better life for him and his brother. Despite tremendous obstacles and years spent living in New York City’s homeless shelters, Peralta showed a voracious appetite for learning and excelled in school. While living in a shelter in downtown Manhattan, Peralta attracted the attention of Jeff, a young volunteer from a wealthy family who was struck by his passion for books and learning. With Jeff’s help, Peraltawas accepted on scholarship to Collegiate, the oldest private school in the country. Peralta adeptly navigated the streets of Harlem, where he lived with his mother and brother, and the elite halls of his private school, where he soon rose to the top of the class. From there, Peralta went on to Princeton where he continued to thrive and, in 2006, made the momentous decision to come out as an undocumented student in the Wall Street Journal.

Peralta holds affiliations with Princeton’s Program in Latino studies and its University Center for Human Values. In addition to his scholarship on Roman cultural and religious history, he is known for his publications and advocacy on the subjects of immigration and race, publishing a memoir in 2015, which is the title of his evening address. His essays and op-eds on immigration issues have appeared in a variety of media outlets, including The New York Times and The Guardian.

Sponsored by Faculty Lectureships, the Latinx Studies Program, and the Robert O. Fink Memorial Lecture Fund of the Department of Classics