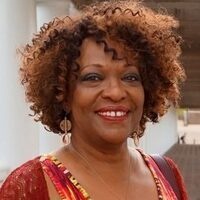 The Denham Sutcliffe Memorial Lecture: An Evening with Rita Dove

Rita Dove was born in Akron, Ohio, in 1952. She received her B.A. from Miami University in Oxford, Ohio, and then studied in Germany as a Fulbright Scholar before attending the Iowa Writers’ Workshop in Iowa City, Iowa. Her books of poetry include "Collected Poems 1974-2004" (2016), "Sonata Mulattica" (2009), "American Smooth" (2004), "On the Bus with Rosa Parks" (1999), and "Thomas and Beulah" (1986), which won the 1987 Pulitzer Prize for Poetry. In addition to poetry, Dove has written several works of prose and drama. She was named United States Poet Laureate in 1993, becoming the first African-American person, and youngest poet, to hold the position. Among numerous honors and awards, she has received a Heinz Award in the Arts and Humanities, a Common Wealth Award for Literature, and a National Humanities Medal. Dove is currently Commonwealth Professor of English at the University of Virginia and poetry editor of The New York Times Magazine. Booksigning to follow.

This event is part of the Kenyon Review Literary Festival.