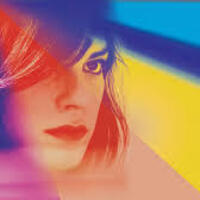 Screening of "A Fantastic Woman"

A winner for the best foreign language film at the 2018 Academy Awards, "A Fantastic Woman" features the critically acclaimed Chilean actress, Daniela Hernández, who is the first transgender person to be a presenter at the Academy Awards. She was also named one of TIME magazine's 100 most influential people in world in 2018.

Watch a preview of the film: sonyclassics.com/afantasticwoman

Content warning: Scenes of transphobic violence are depicted and referenced in portions of the film.