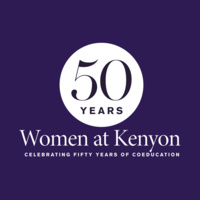 * Please stay tuned for more information about a possible rescheduling of this event.

Rudick is also the author of five books: "City of Angeles" (2018); "Palm Beach Chic" (2016); "Tropical Style: Private Palm Beach" (1992); "Out East: Houses and Gardens of the Hamptons" (2017); and "The Expectant Father" (1995). As a journalist, she has written for national publications, including The Washington Post and Forbes magazine. She was an editor at WWD/W and Town & Country magazine and is currently a contributor to Veranda magazine.

Rudick’s most recent film "Scandalous" is a wild, probing look at how the National Inquirer‘s prescient grasp of its readers’ darkest curiosities led it to massive profits and influence. With rare archival footage and revelations as wild as National Enquirer headlines themselves, "Scandalous" examines our obsession with the rich, famous and powerful and the tabloid that has fed those obsessions for generations of Americans.