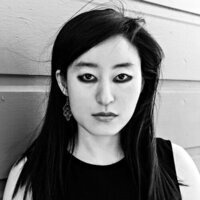 Debut novelist R.O. Kwon will read from and discuss her new novel "The Incendiaries" about faith, loss of faith and "the imaginative chasms between rational and fanatic world views."

​Born in South Korea,​ R.O. Kwon ​has lived mostly in the United States since the age of three. Her loss of faith in her family's Catholicism, and the desolation of losing what she calls the joy of believing in God, something she did not find represented in literature, led to her work on this novel over many years.