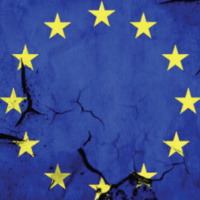 "Populist Nationalism in Europe and the U.S." by Timo Lochocki

Join us as we host Timo Lochocki, the James K. Batten Visiting Professor for Public Policy at Davidson College for fall 2018, teaching European and German politics. Before that, he was a transatlantic fellow with the German Marshall Fund of the United States (GMF) based in Berlin and Paris.

His award-winning research focuses on the interplay between international policy challenges — e.g. Eurozone and immigration matters — and domestic party politics. Lochocki is also a lecturer on European Politics and Political Communication at Humboldt University Berlin and Bard College Berlin. He advises federal decision makers in Germany and regularly comment on German and European party politics for The Economist, POLITICO Europe, The New York Times, The London Times and Zeit Online, among others.

Center for the Study of American Democracy