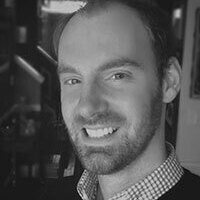 Michael Allan, associate professor of comparative literature at the University of Oregon, will share his work on the camera operators working for the Lumière Brothers film company in the late nineteenth-century. Focusing on a single fifty-second film shot in 1897 at the Jaffa Gate in Jerusalem, the talk will address the emergent framework through which these early films came to picture the world — what they revealed, how they were understood locally, and what alternate media were marshaled in explanation.