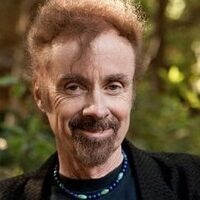 The Denham Sutcliffe Memorial Lecture: An Evening with T.C. Boyle

T.C. Boyle is the author of twenty-eight books of fiction, including "Drop City," "Tooth and Claw," "Talk Talk," "Wild Child," "The Harder They Come," "The Relive Box" and "Outside Looking In." His work has been translated into more than two dozen foreign languages and his stories have appeared in The New Yorker, Esquire, Kenyon Review, The Paris Review, GQ and McSweeney’s, among others.

Boyle has been the recipient of a number of literary awards, including the PEN/Faulkner Prise for best novel of the year ("World's End," 1988); the PEN/Malamud Prize in the short story ("T.C. Boyle Stories," 1999); and the Prix Médicis Étranger for best foreign novel in France ("The Tortilla Curtain," 1997).

A member of the English Department at the University of Southern California since 1978, Boyle currently lives near Santa Barbara with his wife and three children.

A book signing will follow the talk. Learn more about other Literary Festival Events.