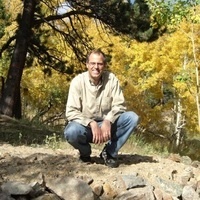 Within the history of medieval Japanese storytelling, there is a tradition of employing prayers and supernatural spells to boost an ally or bring down a foe. In early-medieval martial fiction, curses and other esoteric formulae tend to be the province of monastic practitioners, who are typically hired or compelled by laypeople to conduct rituals on their behalf. However, from around the late fifteenth or early sixteenth century, a small number of extra-monastic warriors can be seen casting spells on their own, without professional (monastic) assistance. The rise of such stories roughly coincides with the fifteenth-century spread of a secret book of charms known as Heihō hijutsu ikkansho ("The Single Scroll of Secret Martial Techniques"). In my presentation, I will explore the nature and rhetoric of curses, spells, and secret scrolls in several works of cica sixteenth-century fiction in the performative and textual genres of kōwakamai and otogizōshi.

Keller Kimbrough is a professor at the University of Colorado, Boulder. He completed his Ph.D. at Yale University (1999) and specializes in medieval Japanese prose fiction (setsuwa, otogizōshi, temple and shrine histories, and published books of ko-jōruri and sekkyō puppet plays). He is the author of "Preachers, Poets, Women, and the Way: Izumi Shikibu and the Buddhist Literature of Medieval Japan" (University of Michigan Center for Japanese Studies, 2008), and "Wondrous Brutal Fictions: Eight Buddhist Tales from the Early Japanese Puppet Theater" (Columbia University Press, 2013). Kimbrough’s most recent book is a volume of translations co-edited with Haruo Shirane titled "Monsters, Animals, and Other Worlds: A Collection of Short Medieval Japanese Tales" (Columbia University Press, 2018).