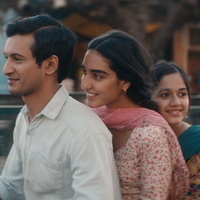 Sixteen-year-old Nisha lives a double life: at home with her conservative Pakistani family, and with her friends, as a typical Norwegian teenager — partying and exploring relationships. Trapped between countries and perceptions of honor, Nisha is forced to find her own way in life. This drama untangles the complex relationship between a father and daughter and presents an empathetic perspective on family, community, and culture.

After the film, a discussion will be led by Leo Riegert, associate professor of German, and students from his course, “Challenging Borders.”

About the Human Rights Film Series:

A large multidisciplinary team of faculty and students are annually invited to curate selections from more than a dozen award-winning documentaries featured in the Human Rights Watch Film Festival held in NYC each summer. Members of the curatorial team partner with other faculty, administrators, students and community members are invited to lead meaningful post-screening discussions.