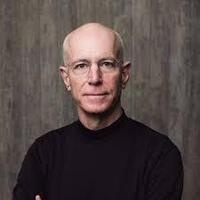 "Following the Rule of St. Benedict," by Columba Stewart

Father Columba Stewart, OSB, D.Phil., is executive director of the Hill Museum and Manuscript Library (HMML), a global organization that advances manuscript research and scholarly inquiry by digitally preserving, providing access to, and interpreting manuscript collections from around the world. A Benedictine monk and scholar of early Christianity, Father Stewart was named the 2019 Jefferson Lecturer, the highest award bestowed by the federal government for achievement in the humanities.