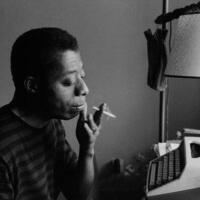 Film Screening: "I Am Not Your Negro"

"I Am Not Your Negro" is a 2016 documentary film directed by Raoul Peck, based on James Baldwin's unfinished manuscript, "Remember This House." Narrated by actor Samuel L. Jackson, the film explores the history of racism in the United States through Baldwin's reminiscences of civil rights leaders Medgar Evers, Malcolm X, and Martin Luther King, Jr, as well as his personal observations of American history. — Wikipedia

This film screening is part of the 2018 Francophone Film Festival. The screenings are free of charge, and the films are in French with English subtitles. Each film will be preceded by a 3-5 minute introduction and followed by a discussion.