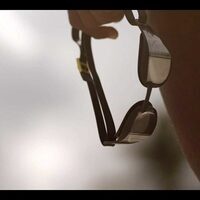 Dinner and a Movie: Athletics Documentaries

"Into the Scrum" is a dynamic and innovative short documentary that, following a team of female rugby players for a year, offers an intimate portrait of an unforgettable collection of young women as they explore newfound, often provocative, roles and rituals of power, aggression, and sexual identity – as they test themselves, both on and off the field, by moving into the “scrum."

"Lane 0: The Lane of Dreams" is a documentary about the struggle of a group of swimmers from developing nations trying to qualify for the Olympic Games for the first time, and tells a story of pursuing dreams to overcome adversity. All of the swimmers trained under coach Miguel Lopez Alvarado in Phuket, Thailand; some of them qualified for the 2016 Games in Rio de Janeiro, Brazil.

"Man Made" follows four transgender men as they work towards entering the bodybuilding competition Trans FitCon held annually in Atlanta, Georgia. By following their individual journeys, we are able to see clearly the great effort with which we all strive to remake ourselves into something resembling our image of ideal strength and beauty. The screening of "Man Made" is co-sponsored by Unity House.

A panel discussion of the first two films will follow "Lane 0: Lane of Dreams." There will also be an in-depth introduction to "Man Made" to give audience members a framework to use when considering the issues presented in the film.

This film screening is free and open to the public.

About Dinner and a Movie:

This curated series is inspired by themes central to the museum’s spring exhibitions and programs as well as issues important to our community.