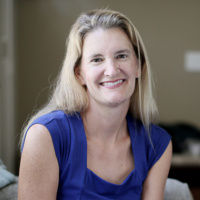 Twenge, a professor of psychology at San Diego State University, is the author of “iGen: Why Today’s Super-Connected Kids Are Growing Up Less Rebellious, More Tolerant, Less Happy — and Completely Unprepared for Adulthood.” Twenge’s work often addresses social differences among various generations and the factors that influence their mindsets and behaviors. Her book “iGen,” in particular, examines how digital technology, among other cultural factors, has changed the way teenagers interact with each other and with the world.

“Even when a seismic event — a war, a technological leap, a free concert in the mud—plays an outsize role in shaping a group of young people, no single factor ever defines a generation,” Twenge wrote in the Atlantic in a September 2017 essay adaptation of “iGen.” “Parenting styles continue to change, as do school curricula and culture, and these things matter. But the twin rise of the smartphone and social media has caused an earthquake of a magnitude we’ve not seen in a very long time, if ever. There is compelling evidence that the devices we’ve placed in young people’s hands are having profound effects on their lives — and making them seriously unhappy.”

Twenge has authored more than 140 scientific publications. In addition to “iGen,” her books include “Generation Me: Why Today’s Young Americans Are More Confident, Assertive, Entitled — and More Miserable Than Ever Before,” “The Narcissism Epidemic: Living in the Age of Entitlement” and “The Impatient Woman’s Guide to Getting Pregnant.” Her research has been covered in the Atlantic, the New York Times, Time and the Washington Post, among other outlets, and she has been featured on programs including “The Today Show” and “Good Morning America.” Twenge earned her bachelor’s and master’s degrees from the University of Chicago and her doctorate from the University of Michigan.

Sponsored by the Office of the President.

Office of the President