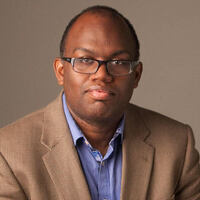 "Classics as a Form of Racial Knowing," by Dan-el Padilla Peralta

Over the past few decades, there's been no small amount of disagreement regarding the responsibility of the humanities to confront and engage earnestly problems of racial injustice. One recent site of concern is the relationship between the production of knowledge in the humanities and (perceived or actual) complicity in the propagation of structural violence. My talk will be structured around two questions. First, how do disciplines such as classics contribute to the organization and reproduction of those habits of mind and labor that sustain what Karen and Barbara Fields have termed "racecraft?" And second, what is to be done about this?”

Assistant Professor of Classics at Princeton University Dan-el Padilla Peralta holds affiliations with Princeton’s Program in Latino Studies and its University Center for Human Values. In addition to his scholarship on Roman cultural and religious history, he is known for his publications and advocacy on the subjects of immigration and race, publishing a memoir in 2015, which is the title of his evening address. His essays and op-eds on immigration issues have appeared in a variety of media outlets, including The New York Times and The Guardian.

Sponsored by Faculty Lectureships, the Latinx Studies Program, and the Robert O. Fink Memorial Lecture Fund of the Department of Classics