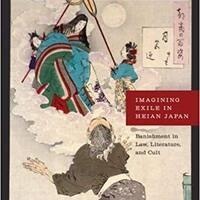 "Banished From the Moon: Imagining Exile in Japanese Law, Literature, and Cult" with Jonathan Stockdale '87

For more than three hundred years during the Heian period in Japan (794-1185), execution was customarily abolished in favor of banishment. During the same period, exile emerged widely as a concern within literature and legend, in poetry and diaries, and in the cultic imagination, as expressed in oracles and revelations.

In this talk, Jonathan Stockdale, professor of religion at the University of Puget Sound, will explore the rich resonance of the trope of exile in Heian Japan, through which members of the Japanese court imagined the banishment of gods and heavenly beings, of legendary and literary characters, and of historical figures, some transformed into spirits.​